CopyTo (formerly CopyToDVD) is a comprehensive burning tool able to perform all kinds of related tasks: burning, backing up, copying files, folders, multimedia contents.
It uses a quality burning engine and it is compatible with all types of discs and drives.

With CopyTo, you can burn audio, video, data and ISO files, including DVD and Blu-rays.

Copying from disc to disc is also possible.

CopyTo has a built-in smart data analyzer which allows the program to suggest the best output format for the files you want to burn.

One of the things you will love about CopyTo is the good-looking, intuitive interface, which groups the tasks performed by the application in three large categories: Data, Video and Music.

By clicking the “Data” button you will be able to create an ISO image or a data disk; the “Video” part manages DVD and Blu-ray videos and the “Music” chapter is dedicated to creating and copying audio CDs or MP3 discs.

Each of the three options is equipped with a manager which allows you to create and configure your projects. Files can be imported via the file browser or by using the drag and drop method.

Other options provided by CopyTo are starting and continuing multisession discs, erasing discs, checking burn drivers, handling two burning operations at the same time, checking the disc when burning is finished, extracting audio tracks from video files for audio CDs and mp3 discs, modifying ISO files and so on.

CopyTo is different from similar applications because it uses the latest technology: it has an award winning burning engine, it can control burn speed, it burns multiple copies at the same time and it can schedule regular backups. At the same time, CopyTo is extremely intuitive and accessible to all categories of users.
X
Report it!
Share
Share 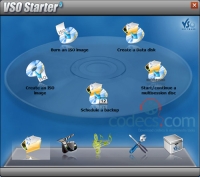 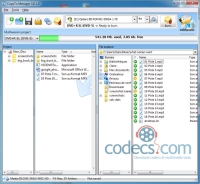 #1 DVD Ripper #1 DVD Ripper helps you backup your DVDs and save them in the most popular video and audio formats at a high quality level.

BDtoAVCHD BDtoAVCHD is able to create an AVHCD disc (DVD5 and DVD9) from Blu-ray or MKV; the video is compressed to get the 4.7 GB size without affecting quality.

Download 50MB
Shareware 45.477 downloads
$ Buy Full version of CopyToDVD (aka CopyToDVD)
Be the first to review it!

Write a review or just post a comment about CopyTo .
Let other people know about your opinion or experience with this software.
Write a review