Due to its multi-threaded architecture, it allows you to avoid the extra weight of the QuickTime Player and it works fast and smooth.

You can only play file formats supported by QuickTime using WMP; other DirectShow-based media players are not supported. 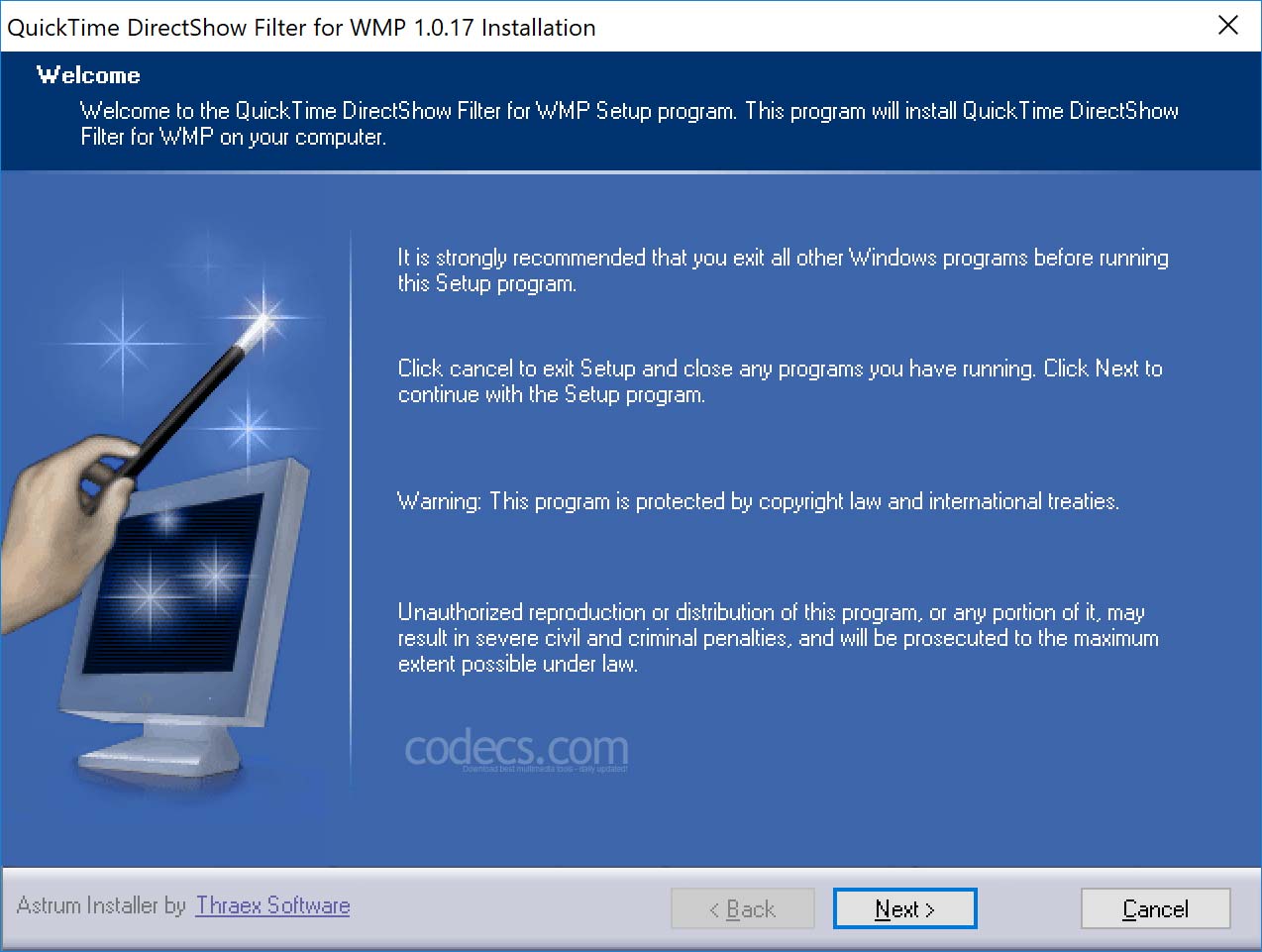 VP3 VP3 is one of the most efficient open source video codecs and a version of the TrueMotion video codec, which was developed by On2 Technologies.

VH FLV Writer By using the VH FLV Writer application, you will be able to compose and write audio and video streams to FLV files.

Download 349KB
Freeware 5.158 downloads
Be the first to review it!

Write a review or just post a comment about River Past QuickTime DirectShow Filter .
Let other people know about your opinion or experience with this software.
Write a review