Mpeg Video Joiner is a helpful tool allowing you to join MPG and MPEG files.
This application can handle files with the same frame rate and frame size, or files that were split before.

If you still need the original files, it is necessary to keep copies of them.

After joining the files, Mpeg Video Joiner will play the output file (the application is equipped with an internal player) and you can also use an exit after joining option. Drag and drop file importing is supported as well, for increased user convenience.

Mpeg Video Joiner has not been updated anymore since 2007 and its interface is very basic. 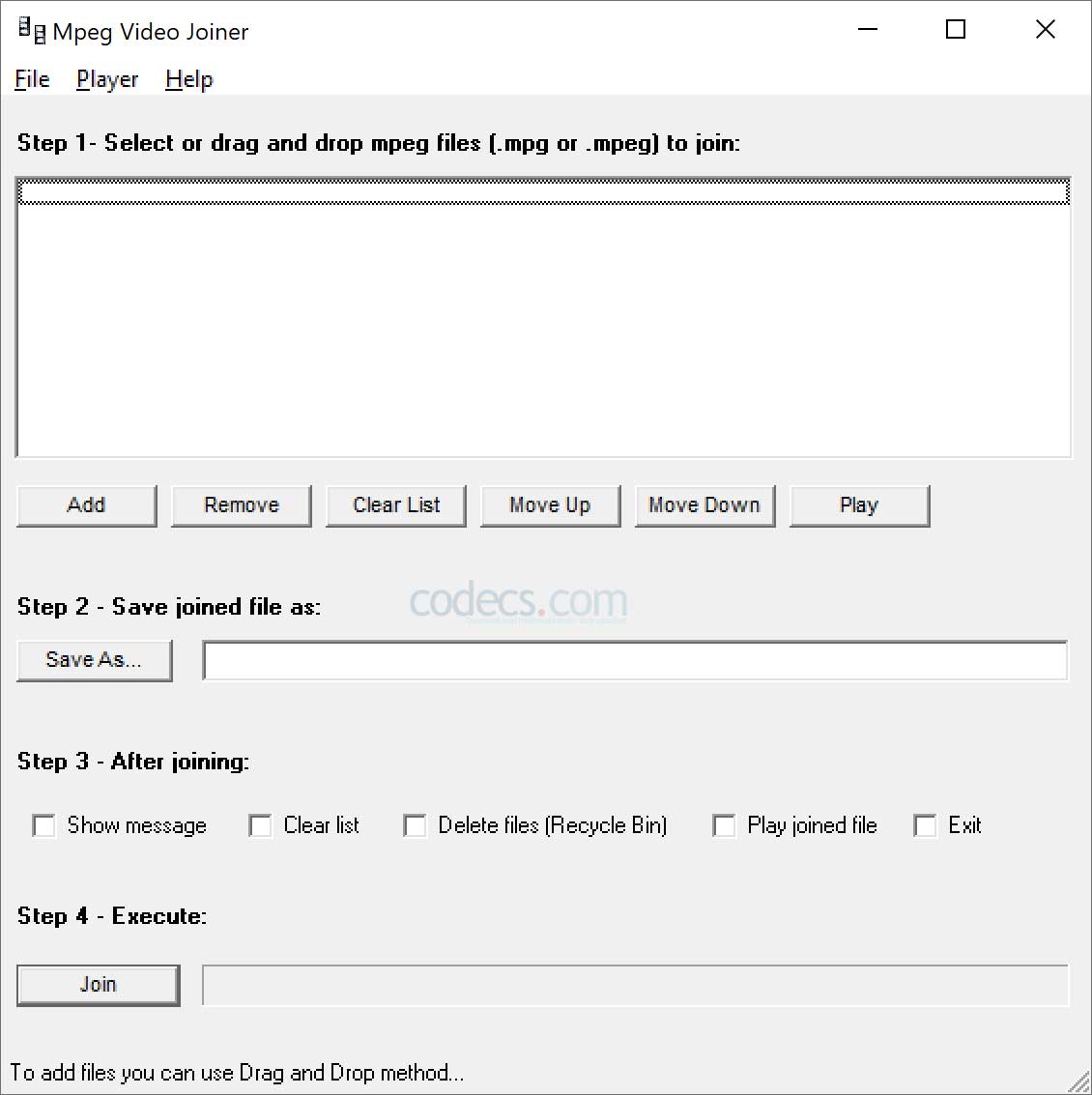 HJSplit HJSplit is an application for splitting and joining files of various types and sizes.

Cuttermaran By using Cuttermaran, you will cut streams without recalculation and you will minimize the asynchronous between audio and video.

Download 561KB
Freeware 10.960 downloads
Be the first to review it!

Write a review or just post a comment about Mpeg Video Joiner .
Let other people know about your opinion or experience with this software.
Write a review