FreeEnc is an encoder based on the avcodec library and converting video files to the MPEG-2 format.
The input supported by FreeEnc is AVISynth (AVS); QuEnc is similar to FreeEnc as it also creates MPEG-2, but there is a difference between the two tools: with FreeEnc, every parameter can be tweaked, and the image quality is higher as the application uses MencodeMe’s optimized parameters.

As a result, FreeEnc should produce the same or even higher quality compared to MencodeMe.

Video parameters are highly tweakable as MPEG-2 encoding benefits from all available libavcodec options. These parameters are easy to handle and control. For instance, a bitrate allocation graph in real time is available.

Another similarity between FreeEnc and QuEnc is the fact they use the same command-line syntax.

Scripts created with FreeEnc can be managed with any QuEnc compatible application, including DIKO. But, unlike QuEnc, FreeEnc focuses more on speed than quality.

FreeEnc performs conversion faster, but with a slight loss of quality.

FreeEnc is considered obsolete, as it has not been developed anymore since 2006. Its last version, 0.5, was improved with regular avcodec rate control and the source code was released under GPL.

FreeEnc is easy to use for anyone familiar with bitrates and AVISynth. The application is freeware and due to the video quality it produces, it can be compared to Procoder or TMPGEnc.

Conversion speed seems to be one of the main advantages of FreeEnc; while most applications need around 45 minutes to convert an AVI file with the size of 700MB, while FreeEnc only needs 30 minutes.

FreeEnc is highly recommended to average users who are at least a bit familiar with video file conversion and it delivers fast and good quality results.
X
Report it!
Share
Share 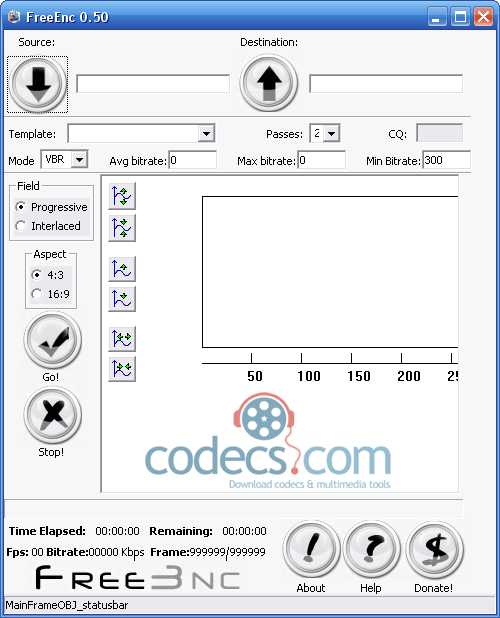 ConvertXtoVideo ConvertXtoVideo is a fast and user-friendly application which enables you to convert between various video file formats, including BDs and DVDs.

This is great. It allows high quality video in lower bitrates due to smart detection of each frame. Each frame ...