DC-Bass Source Mod is a continuation of the DCoder’s Bass Source Filter, which provides support for a variety of audio formats, such as MP2, MP3, OPUS, OGG, MP4A, AAC, MPC, ALS, APE, ALAC and many others.
The DC-Bass Source Filter has been discontinued since 2010, and its developer, CoRoNe, released this fork, which has been added some new features and fixes.

This tool can be considered an optimized version of DCoder’s Bass Source Filter and it offers users the necessary means for handling audio streams. DC-Bass Source Mod can also be considered a bridge between different programming languages (Delphi, Visual Basic, and C/C++).

Audio processing is the main objective for this application, but at the same time there are some limitations, too. For instance, DC-Bass Source Mod cannot handle audio streaming from video containers such as AVI, MPG, VOB, TS and MKV.

The latest versions of this application have been improved with support for WAV, AIF, AIFC and AIFF and with better uninstalling options (registry settings are also removed).

DC-Bass Source Mod is an excellent choice for any multimedia enthusiast who wants to enjoy full support for a wide variety of audio formats.
X
Report it!
Share
Share 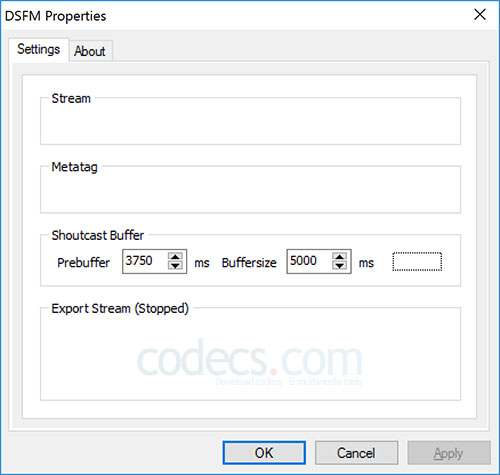 Convolver Convolver is a plug-in for Windows Media Player and any other application that works with DMOs and DirectShow filters.

ValerEQ ValerEQ is a professional equalizer compatible with DirectShow and providing its users with five ranges of fully parametric audio signal equalization.

CoreWavPack CoreWavPack enables you to play WavPack files (WV and WVC) in any DirectShow based media player, such as Windows Media Player, Zoom Player, MPC-HC and GOM Player.

It simply does not work on my system. I am using XP Home Edition SP3 with LAV Filters and MPC-HC. ...