Alcohol 52% is compact and easy to use CD and DVD emulation software.
It allows you to create backups of your CDs and DVDs and play them without using the physical disc.

Running your CDs and DVDs often has two disadvantages.

One is the wear of the physical discs, which will eventually stop functioning, and the other is the loading time.

It takes at least a minute to take out the CD or DVD, introduce it inside the drive, waiting for it to load and eventually opening it.

Not to mention playing a game on a CD and seeing it frozen every once in a while. Alcohol 52% helps you get rid of both drawbacks.

Firstly, you will use a virtual image of your CD or DVD, which means you don’t have to use the actual disc all the time, and secondly, the loading and running speed of the disc can be even 200 times faster.

The image file formats used by Alcohol 52% are diverse: MDS, CUE, ISO, CCD, ISZ, NRG and many others.

With the free version of Alcohol 52%, you can create 6 virtual drives, while the paid one allows you to create 31 virtual drives.

If you want to enjoy burning capabilities as well, try Alcohol 120%. It is not recommended to have both applications installed on the same drive, though.

Alcohol 52% is being constantly improved and updated. The latest versions feature Windows 8 support.

Users are encouraged to report problems, so they can be fixed promptly.

Alcohol 52% is a tool that anyone should learn how to use, especially if they run the same CDs and DVDs often. Its advantages are undeniable and you save both your physical discs and lots of time.


IMPORTANT!
- This version of Alcohol 52% is for private, non-commercial, single home computer use only. The license is provided personally to you and for that reason it does not allow you to make any duplicate (copy) to be sold, borrowed, assigned, leased or transferred. Emulation software allowing users to play CDs DVDs without the need for the physical disc.- Take care, this version of Alcohol 52% installs the Alcohol Soft Toolbar.
X
Report it!
Share
Share 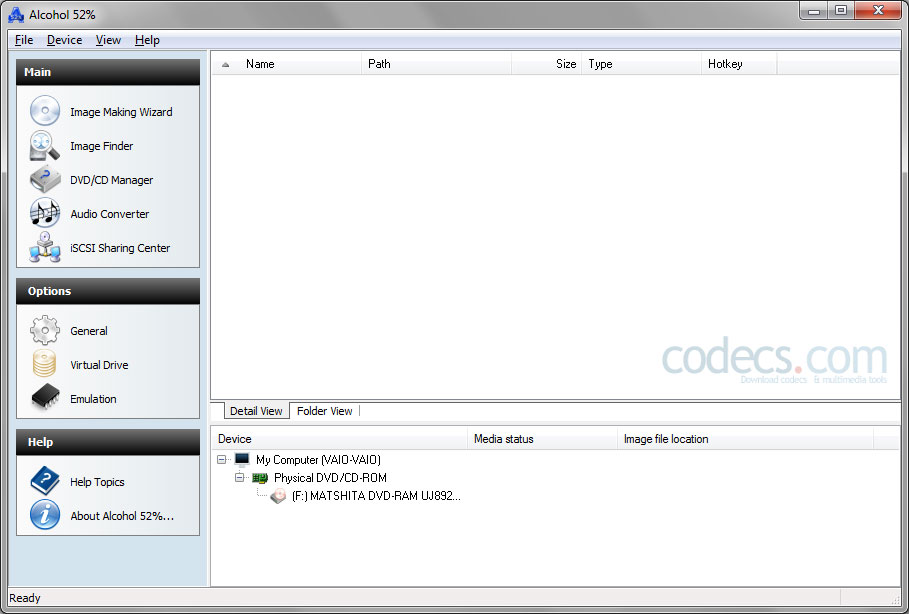 VirtualDVD VirtualDVD helps you emulate CDs, DVDs and Blu-rays and use various image formats such as IMG, CUE, CCD, BIN or ISO.

Alcohol 120% Alcohol 120% is a CD and DVD emulation piece of software which also offers you burning capabilities.