Play VP9 videos in any video app on your Windows 10 device. VP9 is a popular video codec for streaming over the internet.
For devices that don’t have hardware support for VP9 videos, software support is provided, but the playback experience might vary based on the video resolution and device performance.

These extensions also let you encode VP8 and VP9 content on devices that don’t have a hardware-based video encoder.

VP9 is an open and royalty-free video coding format developed by Google.

VP9 is the successor to VP8 and competes mainly with MPEG's High Efficiency Video Coding (HEVC/H.265). At first, VP9 was mainly used on Google's video platform YouTube. The emergence of the Alliance for Open Media, and its support for the ongoing development of the successor AV1, of which Google is a part, led to growing interest in the format.

In contrast to HEVC, VP9 support is common among web browsers (see HTML5 video § Browser support). The combination of VP9 video and Opus audio in the WebM container, as served by YouTube, is supported by roughly ​4⁄5 of the browser market (mobile included) as of June 2018. The single holdout among major modern-day browsers is Apple's Safari (both desktop and mobile versions). Android has supported VP9 since version 4.4 KitKat.

Parts of the format are covered by patents held by Google. The company grants free usage of its own related patents based on reciprocity, i.e. as long as the user does not engage in patent litigations. 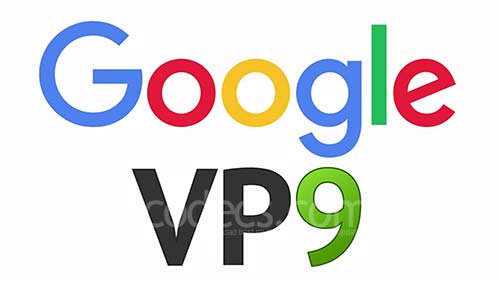 MPV Decoder MPV Decoder is a filter which allows you to decode MPV files. MPV is an MPEG-1 or MPEG-2 video which doesn’t contain any audio streams.

DivX 10 DivX 10 is an advanced codec which enables you to convert and play almost any video file; it also allows high quality DivX HEVC video creation and video streaming.

Download 1.4MB
Freeware 7.282 downloads
Be the first to review it!

Write a review or just post a comment about VP9 Video Extension .
Let other people know about your opinion or experience with this software.
Write a review