DVDforger allows you to build DVDs using as input almost any type of video file.
DVDforger is no more developed and has been replaced with DVDForge.

This DVD authoring tool converts to DVD the most popular video files on condition that the necessary codecs are installed.

Multiple titles with multiple audio tracks, subtitles and a simple menu are supported with DVDforger.

The last version of DVDforger was released in 2008. DVDforger 0.6.2 alpha can be installed using two different methods: the exe file or the zip archive, where you need to unzip and run the files. The second version includes the source code, too.

The “alpha” tag in the final release title suggests that the developer considered this an early version and does not guarantee for the application’s functionality. Occasional crashes and bugs may occur, and there were no further improvements made to the alpha release.

If you don’t already have Avisynth on your computer, DVDforger can install it, after you grant permission.

DVDforger allows you to enjoy the features of various well-known DVD building and editing programs. Its major advantage, compared to similar software, is supporting almost any video format as input.
X
Report it!
Share
Share 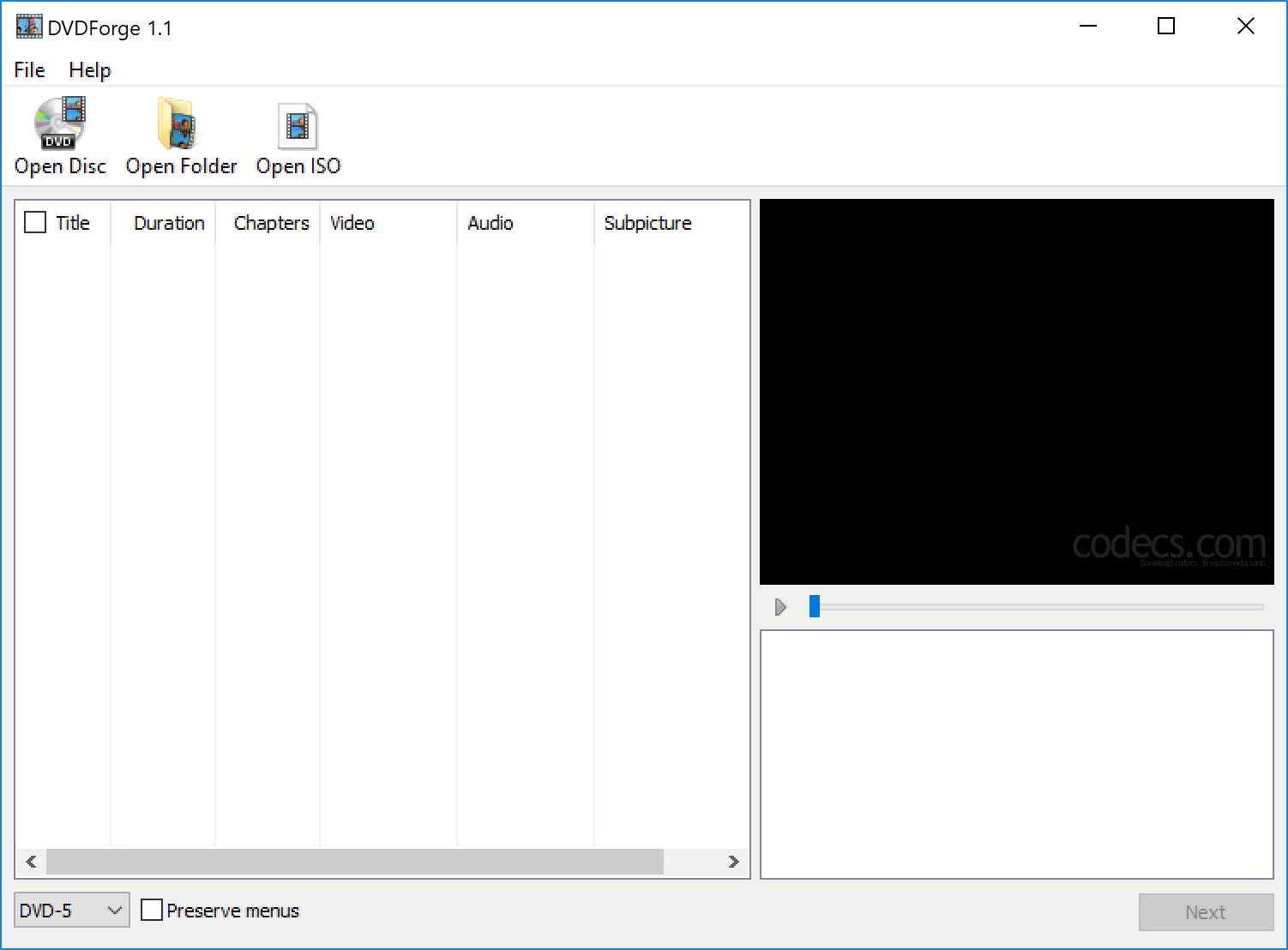 DVD Shrink DVD Shrink is a utility for backing up DVD disks. It compresses DVDs to about 2.5 GB and you can use the output as you wish: save it on your computer or burn it to a disk.

VideoCalc VideoCalc is a helpful tool which calculates the video bitrate you need to use when encoding a movie to DVD, SVCD or DivX in order to fit a certain disc size.

Download 1MB
Freeware 11.287 downloads
Be the first to review it!

Write a review or just post a comment about DVDForge .
Let other people know about your opinion or experience with this software.
Write a review