Andy's FLV Joiner provides you with an easy solution for joining Flash Video files.
It is compatible with various FLV formats, including FLV1/H263, VP6 and AVC/H264.

There are various advantages recommending Andy's FLV Joiner as the best choice when you want to merge separate FLV files:

the very small size, the fast joining speed, the lack of quality losses, the corrected timecode and the ability to handle VFR files without synchronization problems.

Andy's FLV Joiner can be used with similar file types. If the files don’t have the same properties and are not encoded with the same codec, you can still merge them, but playback results may not be satisfactory.

The application has three major functions:

importing files (you just need to use the Add button and you can add an unlimited number of files), joining files (hit the Join button after importing files) and following up. A progress bar is displayed, allowing users to stop the process if an error occurs. The progress bar also displays the total length of the file and other information related to the video.

Andy's FLV Joiner needs a low amount of system resources to join files and it is recommended to beginner users with little experience too. This basic application offers only the essential options and its operating mode is easy to understand by anyone. 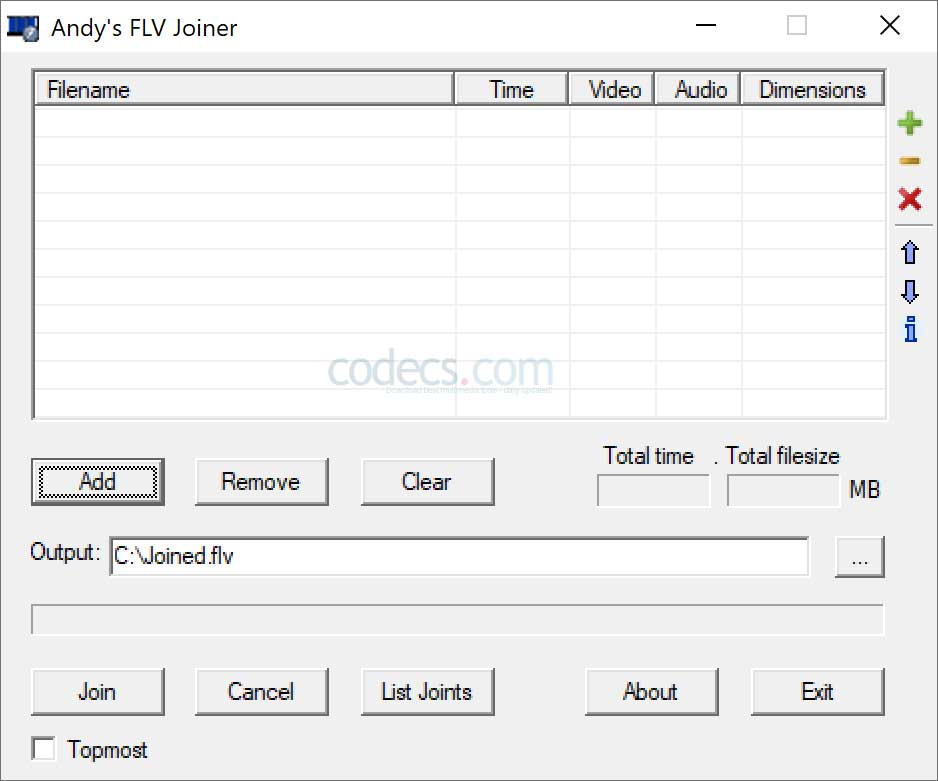 AviDemux AviDemux is an application whose aim is to help you encode and edit video files easily.

AVI Trimmer SolveigMM AVI Trimmer + is a powerful application which allows you to cut pieces from AVI and MKV videos without needing to encode or decode video files.

Set up and use is very intuitive and simple. Make a folder and unzip the contents of the zip file ...